Have you ever asked, yourself, “Why are you black?” Many of us start questioning ourselves when people around act weird or develop what we call racism. But one question deserves to be answered. “What does it mean to be black”?

Francesca André is a Haitian-American female filmmaker who reminds us of some great moments as a kid in Haiti. We all had a grandmother or an old soul who told us stories. We were fascinated by the stars and those distant periods that they tell. In fact, beauty is the unknown which we like. Being pretty much raised by her grandma in this tradition, a part of her subconsciously appropriated the habit of telling stories. Her career is based on that heritage and the passion that she has developed for photography in the past 10 years.

“Charcoal is inspired by my personal experiences dealing with colorism while growing up in Haiti. I realized that many women and men have a story or two about colorism, so I wrote the piece and decided to make it into a short film. Charcoal is a story about redemption, turning pain into power, and overcoming internalized colorism”, wrote Francesca André

Growing up Haitian ironically is in two parts. Part one is being the first black nation to gain their freedom and initiate the movement to the world. The second part is facing sweet racism due to darker or lighter skin. Growing up Haitian is a mixture of Haitian and Black Heritage. Guardian of culture and ancestral tradition.

CHARCOAL, her last production,  has been nominated and awarded several times. Those recognitions certify that this black piece is more than a story but a hymn for black culture, a reminder of what are and what our attitude is supposed to be.

CHARCOAL is not a simple production or a film to watch with a box of popcorn. It’s an introspective work and a way to rediscover ourselves and to be able to locate us as humans and most critically as black men and women. CHARCOAL puts us face to face with our doubts and fears, and our own jeopardy. We should be the people against this pressuring world. And in many cases, it became a fight, light skins against dark skins. We became bias over a skin that we didn’t choose and of which we are proud. It sometimes has an impact on our intimate relationships. Some of our peers categorize us by this difference and make a choice. Some people choose to minimize our intellectual capacity according to this shade.

In this production, Francesca André wants to raise awareness of the reasons why this bitter discrimination should stop. We must unite our skills, our strengths, and our talents to rise as a powerful race. Also, we need to teach our daughters that their values aren’t limited to their skin color and teach our sons that all shades need to be loved and protected. All shades need to have faith in their capacity and be aware that real power comes from the union.

“My objective is to continue telling stories that move me. These are stories that portray black women as full humans that celebrate us and are told through our lens”, wrote Francesca André. 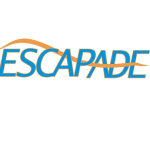